For example: a random person on IMDB panned the film for its blatant product placement, claiming it “ruined the film” for them. I have to laugh at the movie snobs who ever think this. If anything, a movie which uses generic replacements for obviously popular brands breaks the realism of the film for me more than an Xbox or Cadillac logo does (both of which are seen in The Island).

So I’m recommending this movie, just don’t go in expecting much and you’ll be pleasantly surprised. It helps if you’re watching it with someone who can appreciate the simultaneous ridiculousness and awesomeness and you can yell things at each other and do high-fives while the movie is rolling. 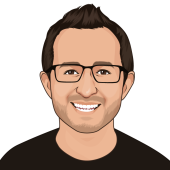